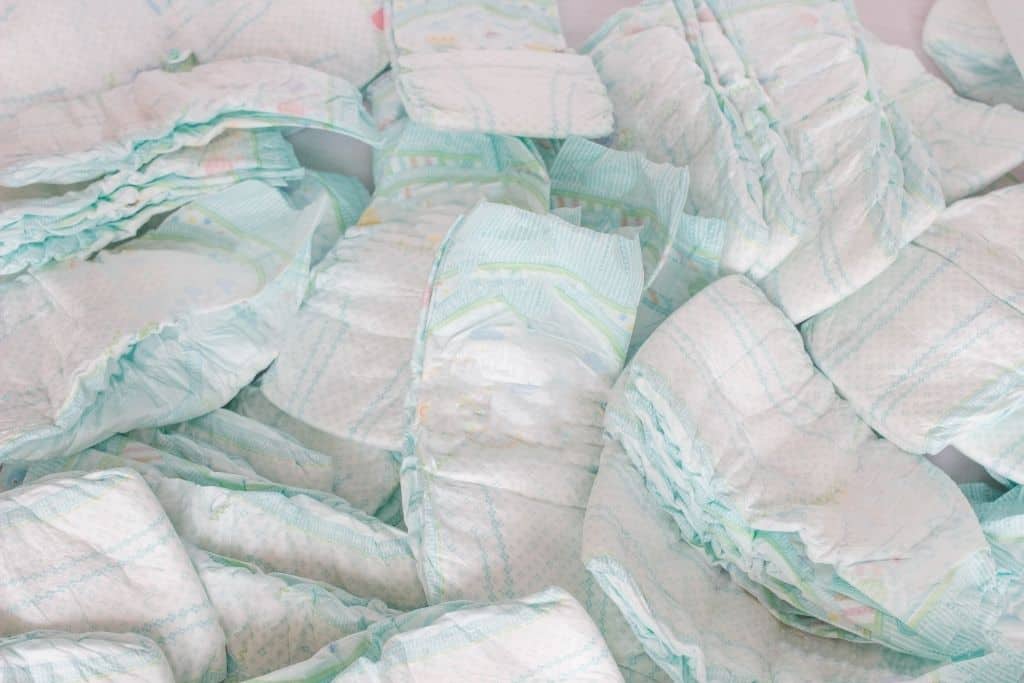 I’ve changed hundreds of diapers aboard planes. My kids are finally out of the diaper phase, thankfully! So it’s time to hand the baton to other families with young children.

Diaper changing on a plane might be difficult. Between tiny (or non-existent) changing tables and diaper explosions that always seem to occur during the worst turbulence, the obstacles are obvious. However, for parents who know what to expect and prepare, even the most challenging airplane diaper changing circumstances may be overcome.

Here are my top recommendations for managing the messy business of changing diapers on planes and while traveling.

Change your child’s diaper before boarding a flight.

The best advice before the flight begins is to change your child’s diaper before onboarding. Airport restrooms usually have larger changing stations and more spacious areas for this kind of work. That way, if there is an issue during the flight, you’ll at least have a clean, dry diaper. If your child already has a dirty diaper, do your best to clean them up before boarding.

Changing diapers on a flight is not an easy task. It’s better to avoid the situation if you can.

If your child is particularly messy, bring some baby wipes. You can purchase travel-size baby wipes at any drug or grocery store. Just make sure you pack them in a zip-top bag to prevent any spills or leaks!

Don’t bring your colossal diaper bag on the plane.

Many parents try to bring their large diaper bag on the plane with them, thinking they’ll need all of the supplies inside for a changing emergency. However, this is often not the case. Most airplane restrooms do not have enough room to store a large diaper bag, and you certainly don’t want to be carrying it up and down the aisles every time you need to get something out!

Pack your supplies in a small zip-top bag and store them under the seat in front of you. That way, if something happens during the flight, all you’ll need to do is reach under your seat for what you need. It also helps avoid awkward moments in the airplane restroom when you’re standing in front of a fellow passenger with your diaper bag hanging open.

Check with the flight crew to see whether there are any changing tables onboard.

And it’s better to do so before the plane has pulled away from the gate. This way, you’ll know what to expect for your flight and can plan accordingly. If the aircraft only has an electrical outlet but no changing table, ask if there is another spot on the airplane where you might be able to change your child’s diaper.

During the flight, someone will have a wet or soiled diaper. When the time comes to change that dirty diaper, speak up and let flight attendants know what’s going on. Flight attendants have told some parents to use the seat belt extension if their baby needs changing during takeoff or landing.

On planes, use overnight diapers when possible.

Overnight diapers are thicker and more absorbent than regular diapers, making them ideal for long flights. They’re also less likely to leak, which can be a problem with standard diapers on a plane. If you’re using overnight diapers, bring along the appropriate changing pad (or a towel) to place under your child during the change.

One reason why changing a diaper on an airplane can be so tricky is that you’re often confined to very tight quarters. So when dressing your baby for the plane, try to choose clothes that are easy to take on and off. Onesies and rompers are ideal for this, as are skirts or dresses with an elastic waistband.

Avoid clothing with many buttons, snaps, or zippers, as they can be challenging to deal with in a small space. It’s not a bad idea to pack an extra outfit (or two) for your child in case of any accidents.

Keep him busy while I’m changing the diaper.

You know your kids better than anyone, so you’ll have to use your best judgment when it comes to this one. Some babies can be entertained by watching you change their diaper, while others will only become more agitated.

If you’re the latter, offer your child a toy or book to keep him distracted until the task is completed. So don’t forget to bring his favorite plaything with you.

If there is no changing table, use a lavatory toilet seat.

If you’re unable to find a changing table on the plane or have no space to use one, the lavatory toilet seat can be a viable option.

But this option works only for infants. It’s tough to do it with a toddler. So instead, place a changing pad or towel on the toilet seat and cover it with a blanket to create some privacy for you and your child. Be sure to clean up any messes quickly so that other passengers aren’t inconvenienced.

It’s not a bad idea to practice changing a diaper in a small, confined space before your flight. That way, you’ll be better prepared for whatever comes your way.

Be prepared for turbulence.

Some parents have used the regular toilet seat to change their older children’s diapers, but this is much more difficult and can be unsanitary if you don’t know what you’re doing. So it’s best to stick with the lavatory seat in these cases unless you’re desperate.

NEVER leave your child unattended in a restroom, even for a few seconds

Prepare to change your baby’s diaper on the plane’s floor.

If changing your baby on the toilet seat doesn’t work, or if there are no toilets in the vicinity, you’ll have to change your child’s diaper on the plane’s floor. It’s an ideal situation, but it’s better than having a dirty diaper in your lap for hours on end.

Bring along a sizeable disposable changing pad or towel to make this process a bit more sanitary. Then again, you may find that the floor in some airplane lavatories is not very clean themselves. I’d recommend just using your diaper-wearing child’s clothes as a catchall if this is the case.

Anyway, it’s better than putting the diaper in your lap. And let’s talk about it 🙂

Get me on your lap! Change the diaper!

If nothing works, the last option is to change the diaper on your lap. You don’t even have to imagine. It’s tough! To be clear, I recommend against changing diapers on the airplane’s floor, your lap, or an empty seat next to you. But if you don’t have another choice, I will try not to judge.

I hope you won’t’ have to use these methods when flying with your little ones. However, if they are necessary, I promise you will survive!

Dispose of it properly.

Last but certainly not least, get rid of diapers in a way that minimizes their impact on your fellow passengers. Disposing of a soiled diaper in the airplane lavatory trash can stink up the place. Diapers are not regular garbage, so you need particular disposal. Talk to a flight attendant before you start changing your child. They will usually offer to help you dispose of diapers properly after the flight lands.

Do not flush down the toilet at all costs! Flushing diapers could cause severe problems on board. And don’t ever place them in an airsickness bag or garbage can, either. Instead, put dirty disposable items like wipes into a zip-top plastic bag. The same goes for dirty clothes, whether or not they were worn during a diaper change. Tie up the bag and hand it to a flight attendant if you’re still on board when the plane lands.

And finally, be prepared for the mess! 🙂 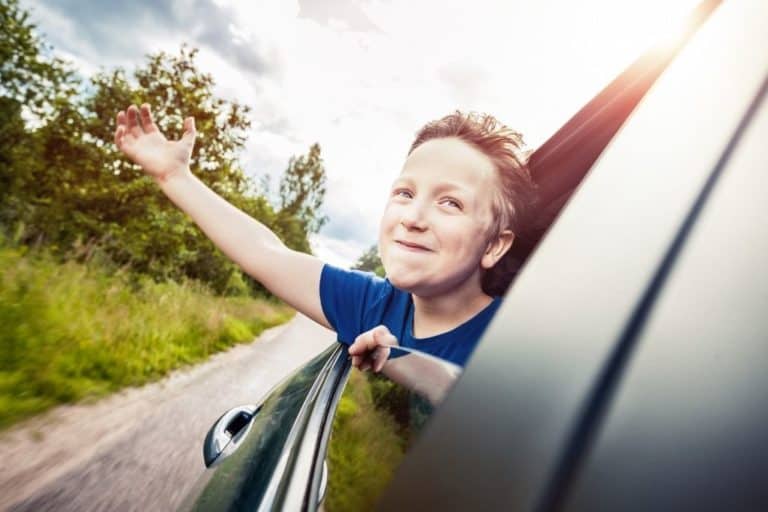 Summer is here, and it’s time for vacation! If you’re planning to take a trip with your kids this summer, then you’re in luck. We have some great tips that will help make your vacation successful. Kids need different things than adults do on vacation – they want to be entertained, see new sights, and… 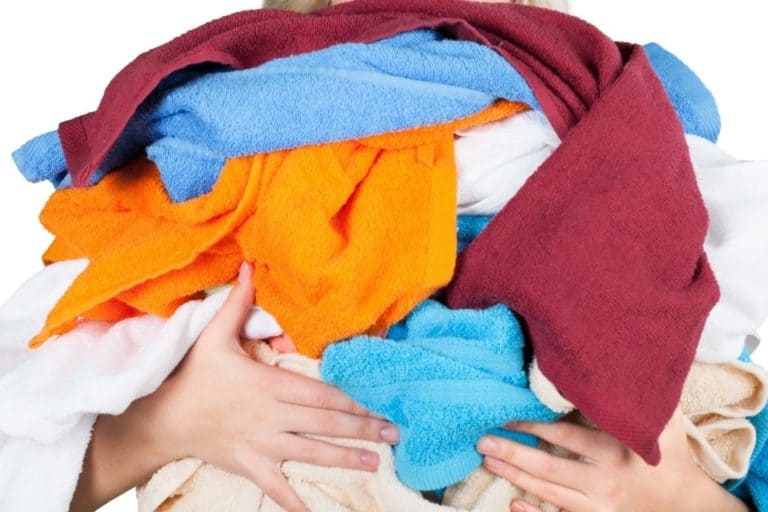 Before we get down to business with the specifics of the solution, let’s define it in broad terms. This will aid you in selecting the appropriate advice later on. In the first situation, you pack as few items as possible to address the problem effectively. However, this method may only help you for short trips…. 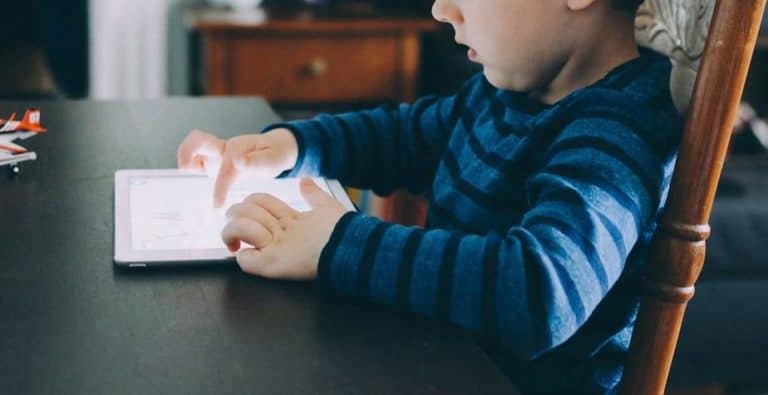 Kids like to travel by plane, but what happens when they become restless and annoyed? You should give them some interesting toys or videos to cheer them up. We’ve come to the list of the most interesting videos for babies on airplanes. From my experience, the only way to entertain my toddler is to give… 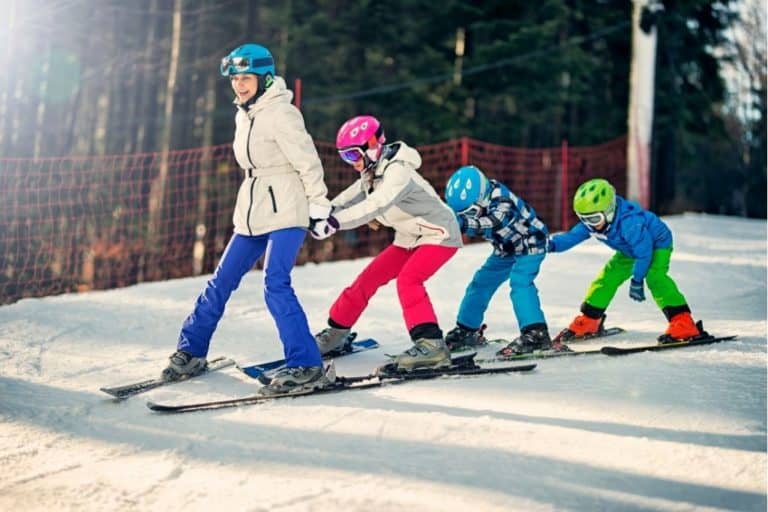 One more school? C’mon! I already spend 60 dollars a day… It’s the “you get what you pay for” debate, and I’m sure we’ve all heard it before. In fact, at some level, most of us have been on both sides of this particular fence. Like many other sports/hobbies, skiing is expensive enough as it… 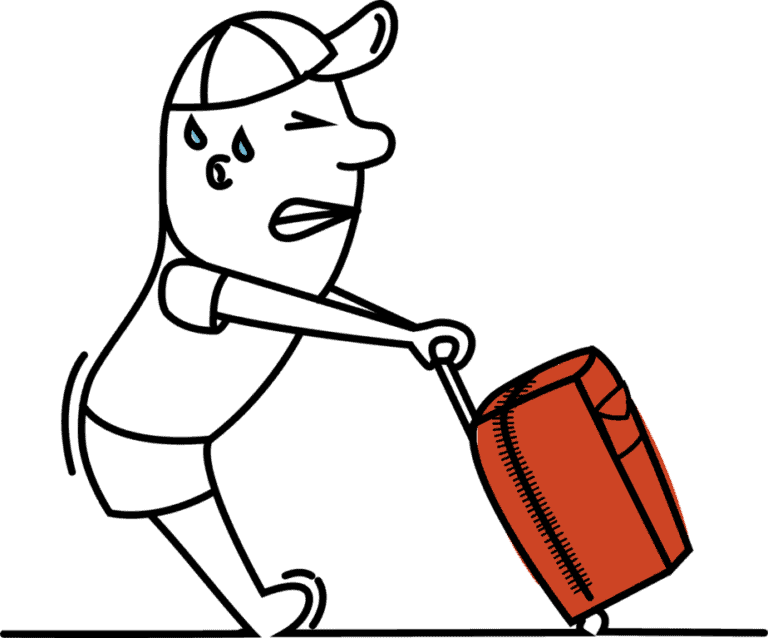 What should you pack in kids travel bags? As a mom and speaking from experience, traveling with a little one in tow is hard work. Kids, especially those under one, can be very unpredictable, but being prepared during the journey ahead can make things a little easier no matter what your plans might be. If… 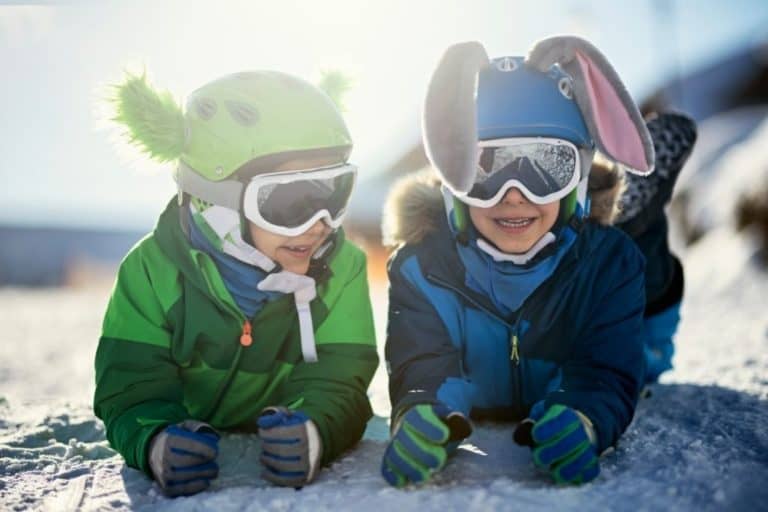 So you’ve been dreaming of a winter vacation, but you don’t want to spend a fortune? Skiing with kids can be expensive, but it doesn’t have to be. After all, where do you think the word “ski” comes from anyway? It’s Scandinavian for “stick”! So, stick with me, and I’ll show you how to ski…

Travelwithkidstips.com is a participant in the Amazon Services LLC Associates Program, an affiliate advertising program designed to provide a means for sites to earn advertising fees by advertising and linking to amazon.com. We also participate in other affiliate programs as well where we earn commissions from referrals and sales through this website.